Who benefits from the Bedroom Tax?

The government will deny there is such a thing as a bedroom tax. The changes to the Housing Benefit system whereby people deemed to have more space than they need will have their benefits reduced is not a tax on the poor but a necessary move to free up homes for the homeless.

Ah so the homeless will benefit. People will be forced by debt, if not eviction, to vacate two and three bedroom homes in the social sector freeing them up for homeless families and others in overcrowded private sector accommodation. If this works at all, one household will replace another left in crippling debt.

Why are they in debt?
The under-occupying household will have a straight reduction in their Housing Benefit of either 14% or 25%. If their rent was fully paid by HB before they will now have to find the balance of their rent from their other income that is from their other benefits.
So out of an income which already leaves them below the poverty line they will have to find this money. For the family experiencing this it is not a reduction in Housing Benefit but a tax on their small amount of money to feed themselves and pay domestic bills. A bedroom tax. 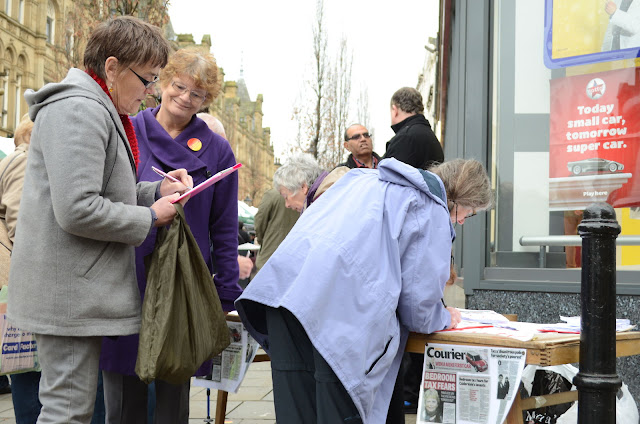 For social landlords this is a disaster. They depend on the regular payment of rents by by stable tenants. They put resources into managing and minimising arrears and and having a predictable turnover of stock. Since 1st April many more tenants, most of whom have probably never been in arrears before, are in debt. The normally predictable income of the landlord is falling dramatically and tenants who have lived in homes for decades and form a stabilising core to many communities are being forced to look for alternative accommodation.
So all the landlord has to do is move them to smaller properties. Fat chance of that when largely because of government's failure to invest in housing those properties do not exist.
The only option left for the tenant is the private sector where rents will be higher and moving costs will not be supported. Many private sector landlords will not want a tenant in debt who has no access to resources to
pay bonds or rent in advance. This policy will create homelessness.


Private landlords will benefit as demand for their properties increases.

The government i.e. the taxpayer will benefit because the welfare bill will be reduced. Well no actually. Any tenants moving to the private sector will probably cost the state more in benefit costs. Legal actions to evict tenants will cost thousands of pounds each. Children will have their education disrupted as they move schools. Some may end up in care as families become homeless, a very expensive process.

The Bedroom Tax is only the most visible of a number of startling benefit changes driving more people into real hardship.

The bedroom tax is based on the concept that families are only entitled to the minimum amount of space to live in. Any more is a luxury. When Bevan started the building of council houses under the Atlee government his response to the slums was high quality decent homes which his government were proud to build, recession or not. Now the box room which doubles up as a spare bedroom where visiting family and friends can sleep is an unaffordable luxury.

Tory ideologues love this tax because they at core believe economic decline has been caused by idle people who refuse to work and are softened by generous state benefits to the point where they lack any entrepreneurial spirit. The argument that the jobs don't exist doesn't work for them. Go out and make a job, sell jars of jam to your neighbours.. use your initiative. These are the people who opposed the minimum wage and would like to remove it. Nothing like hunger to incentive initiative. These hateful bastards of course dine on inherited wealth and financial scams. They also believe that like them, the majority of 'decent' people will have no sympathy for those struggling on benefits. Wrong again.

All over the country Bedroom Tax campaign groups are springing up. And check out this list of stories in the Manchester Evening News  which is dedicating pages to the issue.
There is a real coalition building of people and organisations revolted by the callousness of this act of a government giving tax breaks to the rich.
Arguments have so far focussed on people with special needs. What about the right to a decent home for all as Bevan thought. You shouldn't have to qualify for a boxroom. This is being imposed by a party whose members have got away with claiming expenses for a duck house and having a moat cleaned.